Every human being has a weak spot for mouth-watering food. The craving is even more if it is from the streets and alleys of India. Udaipur, also known as the Venice of the East, is one of the most celebrated cities culturally. Apart from its forts, Udaipur has its own list of famous food in which you can get a chance to taste the heritage of the land. Here are a few suggestions that you must try out on your visit to Udaipur.

Dabeli is one of the most common street foods in Udaipur. It is a sweet snack that is prepared by mixing dabeli masala with boiled potatoes and putting the mixture in a burger-bun or a ladi-pav. This special dabeli masala is a dry-paste made from dried coconut, dried red chilies, salt, black pepper powder, clove, turmeric, cinnamon, coriander, cumin, and other garam masalas. Dabeli, when served with chutneys made from tamarind, red-chilies, date, and garlic, is too tasty to resist.

How can one visit Udaipur and miss out on Daal Baati Choorma! It is believed to have originated in Mewar when the Rajputs were establishing their hold in the region.  It is an authentic Rajasthani dish and can be found being sold at a lot of food stalls. The Baati is a little doughball that is made of wheat flour, milk, and ghee. The baati is eaten with hot Daal with ghee accompanied by chutney. This dish is not only adored by the locals but the tourists as well.

The Rajasthani special Mirchi Bada is made with thick and little less spicy green peppers. The peppers are stuffed a spicy and tangy potato stuffing and then dipped in a batter of gram and flour. They are deep-fried until they are crispy. These mouth-watering Rajasthani Mirchi Bada are served along with a tomato sauce or a zingy coriander chutney. It is quite similar in look to the Mirchi Bajji that is very common in Hyderabad. The mild green chili pepper can leave you wanting for more.

Poha or flattened rice is very popular in Rajasthan. It is an easily digestible and fat-free dish. In some parts of the country, it is also called chiuda. For people wanting to eat something light in the evening, Poha is the perfect fit. The yellowish-green colored poha bearing the smell of coriander is irresistible for any Rajasthani. Chopped onion is also served along with it.

The joy of an evening increases ten times as soon as you smell pakoras in the air. The fresh, hot and dripping-with-oil bread pakoras are a delicacy you will fall in love with. The usually triangular bread slices are stuffed with mashed and fried potato masala which is then dipped in a besan mixture. This is then deep-fried and served with coriander chutney, onion slices, and salted chilies.

No must-try food item list can be complete without a mention of the paani puri. This snack can leave joy on the taste buds of most Indians if not all. It consists of a hollow and round puri that is filled with a mixture of tamarind chutney, flavored water, potato, chickpea, onions, and chaat masala. As per your liking, the flavored water can be sweet or sour.

It is one of the most delicious beverages that you will find on the streets of Udaipur. The steaming coffee served in kulhads at many fast food joints can blow your senses. You can ask the coffee to be whipped with chocolate powder or chocolate sauce. The sight of the coffee overflowing out of the mud kulhad is very common. The coffee when served which Nutella buns can attract swarms of youngsters and aged people alike.

You will forget the regular pakoras after tasting Rajasthani wadis. The Dhana moong wadis become a must-have in your thali if you are visiting Udaipur.

Kachoris are famous not only in Udaipur but all over Rajasthan. They are deep-fried so that they become crispy. Kachoris are spicy and come in a variety of stuffing- onions (Onion kachori), pulses (moong dal kachori), curd (Dahi kachori), and many more. They are more tempting when they are steaming hot and served with chutney.

Falooda can easily be called India’s favorite milkshake. Syrup and ice-cream added to sabja seeds and vermicelli, you can see long queues to get a Falooda in Udaipur. You can try out a few combinations of this delicacy.

Buttered Bread or bun maska can be found on any menu serving snacks. Along with tea, bun maska is a treat to the taste buds.

Samosas might not be Rajasthani in origin, but every corner of Udaipur has a famous samosa-wala. Out of various food items across the country, samosa is the preferred choice of breakfast for foodies. The taste of samosa amplifies by the yogurt and tamarind chutney with a cup of tea.

Mawa kachori, which is an exotic dessert, shows the rich food culture of Rajasthan. If you are in Udaipur, you must have these sweet kachoris. You can find this delicacy in the streets of Udaipur. It is dried milk and nuts filled puffed bread or kachori which is coated in sugar syrup with the topping of nuts.

In winter, you must try the egg-licious dish with bread in the streets of Udaipur. It is made up of boiled egg cooked on a flat pan. And the flavorsome gravy is made of tomatoes, onions and other spices that enhance the flavors of the egg.

Ker is a type of berry found all over Rajasthan. Beans are added to these berries along with a good dose of masalas to prepare ker sangria. This serves as a perfect accompaniment to bajra rotis in the Rajasthani thali

One thing is for sure; if you are a foodie, Udaipur won’t disappoint you in terms of Rajasthani food. Do try them out and let us know in the comment section which item you liked the most. 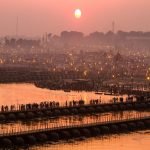 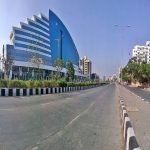