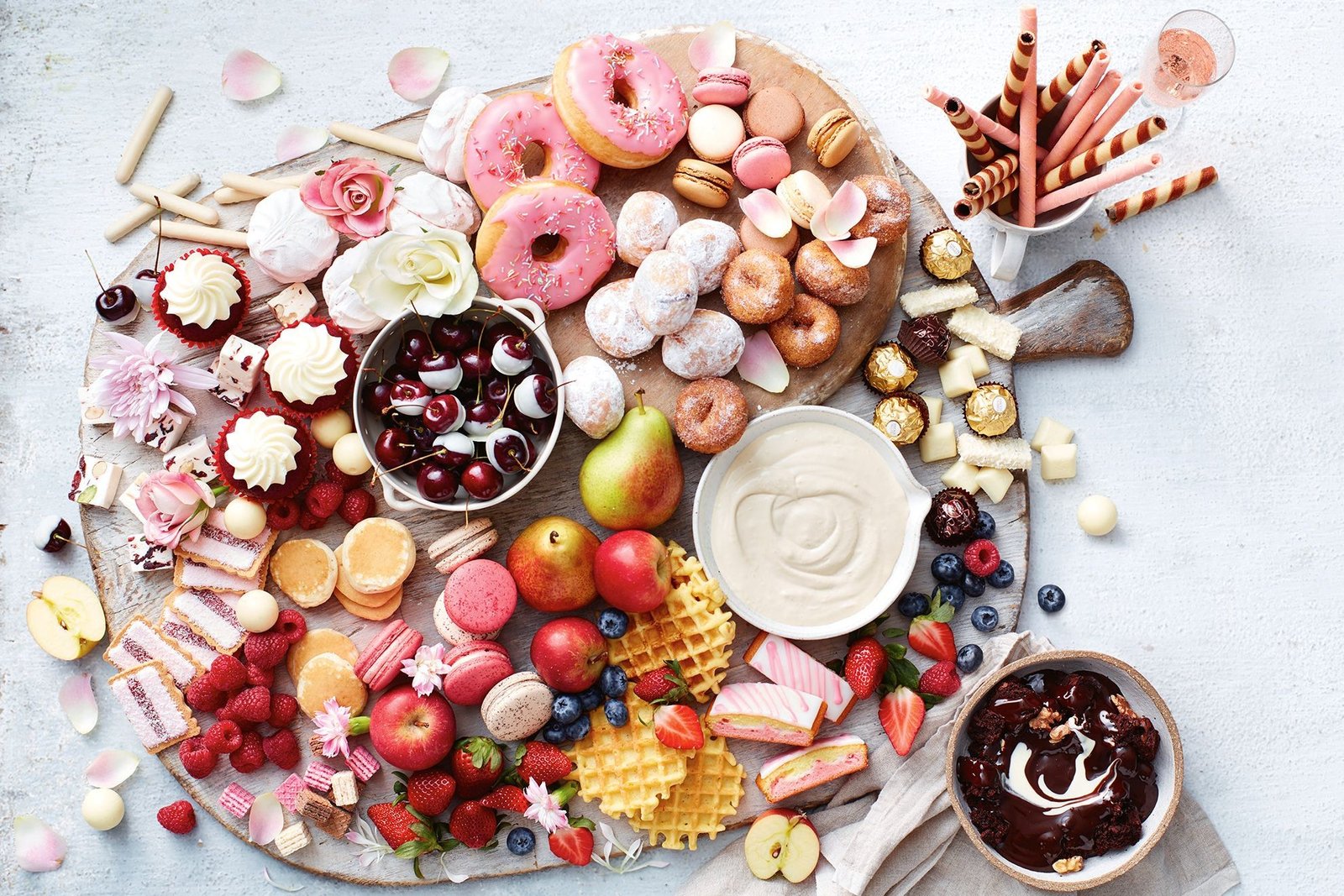 New York is a densely populated city in the continent of North America. With famous restaurants, museums and highlighting bars, this city comprises a cuisine influenced by Europe as well as Portugal.

This city is an iconic land where one can take pleasure from mouth-watering desserts. Right from flavorful ice creams to finger licking cookies, desserts with high cinnamon content, soft rice preparations to a huge churro, New York has it all! The preparation of desserts highly consists of indulgent dark chocolate, heavy cream and undeniable dough for every second dessert.

Ever tried anything milky and chocolaty? This milk and cookie shot is the answer! A fine cylindrical-shaped cookie is prepared after which cold milk is added to satisfy the winter vibe.

This cookie is a divine combination of chocolate chips and walnuts. They are most commonly made with premium quality dark chocolate. These cookies are a perfect combination of crisp, crunch and munch.

Eating a cake with almost 20 layers of thin crêpes layered with alluring pastry cream is no less than a delightful treat. The top is caramelized which is undoubtedly irresistible. The crêpes are usually prepared a day before the actual preparation.

A donut that chills is more than ice cream on any day. Donuts are prepared with a soft texture and are filled with chilled ice cream. It is then served with sprinklers, choco-chips and varied toppings.

Warm Gelato Panini turns out to be the right blend of warm and cold in one dessert. Panini is a soft bread that is baked. Further, it is filled with gelato, ice cream or frozen yogurt. Served warm and strong flavors of ice cream enhance the overall experience of this dessert.

A yogurt that focuses on health as well as taste. Unique flavors of yogurt are meant to satisfy the tongue. It is sour with a creamy texture.

These hibiscus soft doughnuts are prepared with flour and baking powder and beautifully glazed with hibiscus mixture which is prepared with the hibiscus flower. It is later topped with fine sugar powder or the colorful sprinkles.

As the name suggests, it is a fluffy pastry filled with finger-licking cream. The golden dough is utilized to prepare the puff. Delectable vanilla cream is then filled in these puffs to make the dessert right for your taste buds!

Frozen S’more is considered to be one of the most loved delights of locals. Graham crackers, chocolate pudding and marshmallow creme are the key ingredients of this dessert. Layers are set and then it is frozen to soften the graham crackers.

Crunch and crisp is what defines this dessert! Churros are prepared with flour and salt which are then fried to bring the right munch. They are tender on the inside and are often coated in a cinnamon-sugar mixture. It is usually served with indulgent dark chocolate sauce.

Shaved snow tends to be a frozen dessert with an overwhelming velvety texture. Frozen milk with distinctive flavors is shaved to fluffy ribbons and is covered with unique toppings. More commonly, it is topped with fruits, boba, chocolate or beans.

Nothing could be more glorious than a perfectly assembled ice cream sandwich! Ice cream is tucked in between two slices of dark brownies which is classic and rewarding.

Banana bread pudding is a gooey, warm and heart winning dessert of New York. Some spices, milk and eggs are whisked together and the mixture is poured over the bread. It is extensively topped with bananas. Commonly served warm for the caramel sauce to drizzle right in your mouth.

Macarons are tiny cakes with a meringue (thick marshmallow) like consistency. The outside seems rough but on the inside, they are moist and chewy. They can be filled with buttercream, jam or ganache.

Cronut is basically a fusion of croissant and a doughnut. This extraordinary dessert comprises the taste of a doughnut and features the crispy texture of a buttery croissant. It is topped with flavorful ice cream and dark chocolate.

Mini donuts are the tiny version of donuts itself. They are shaped in a smaller texture but excellently serve the desired flavor. They are more often baked and topped with cinnamon sugar.

Churro Ice cream cone incorporates the flavor of the Mexican churro filled with scoops of inviting ice cream. It is more popularly known as the Chimney cone due to its structure and pattern.

Take that swirl in your mouth for the flawless flavor! Rolled ice cream is a sweetened frozen dessert prepared on an ice pan. The base which includes flavored sweet milk is spread over the ice pan till it drops down to -20° Celsius. The rolls are then excellently garnished with chocolate sauce, whipped cream and almonds.

Mini Cupcakes are the perfectly sized delights to rock any day! They are prepared in a similar way to that of cupcakes. They are topped with chocolate cream or vanilla cream along with sprinkles.

Ice pop is milk or water-based quiescently frozen delight on a stick. It is a solid block of ice that keeps melting while you eat it. Sometimes, these ice pops are dipped in a thick chocolate sauce, covered with crunchy nuts. hazelnuts, almonds, pistachios and coconut that are few of the favorite toppings.

Raindrop cake tends to be the attention gainer dessert of the locals of New York. It is prepared from solidified water which is served with roasted soy flour and brown-sugar syrup. It is literally like eating the water drop from the drizzle.

Birthday cake croissant is the most sensational dessert in New York. It is like a fluffy confetti style pastry. What makes it tantalizing is the mascarpone filling along with the rainbow sprinkles!

Just another delicacy loved by the locals of NYC. The cookie dough is immensely embedded with dark chocolate chips. It is then fused with vanilla ice cream and served with fancy toppings.

What if you get to eat tacos with your favorite chocolate drizzling over it? That is exactly what New York can offer. Choco Waffle Tacos are the crispy waffles folded into tacos and later filled with ice cream or chocolate cream. It is layered with almonds or chocolate chips.

Rocky Roadhouse cone is a soft-serve ice cream cone. The cone is filled with mouth-watering chocolate ice cream. It is topped with chunks of dark chocolate, almonds, mini marshmallows along with ribbons of hazelnut fudge.

Just like cornflakes-soaked milk, one can enjoy cereal ice cream with its unique flavor. The silky and smooth signature dessert is prepared with heavy cream, milk and vanilla. Cereals are added once the mixture is ready and is served cold on a summer day!

Chocolate Babka is composed of rich brioche dough and a tempting chocolate filling. It has mesmerizing swirls with dark chocolate filled within it. It is generally enjoyed with coffee or as a dessert.

Nothing could ever beat the divine combination of churros and smores. Initially, crunchy churros are prepared after which chocolate sauce is added to it. It is amazingly sprinkled with cinnamon sugar powder. Slightly burnt marshmallows are used to complete the dessert.

Drizzled with an espresso Kahlua mixture, tiramisu cupcakes contribute to be the right treat for the day. The mixture of the cupcake is soaked in a branded coffee and the dessert is garnished with delectable mascarpone buttercream.

An absolute dessert with just the right blend of raisins and cinnamon. Rice is mixed with either milk or water along with sugar, the sweetener. It consists of vanilla flavor and is topped with fine cinnamon powder.

Everything that is mini tends to be succulent. Cheesecake tarts include an all-butter flaky pie crust or crust prepared with graham crackers. Mixed with cream cheese, it is often excellently topped with juicy raspberries.

Cookies tend to be at the center to attract the locals as well as tourists. Dark Chocolate Peanut Butter Chip Cookie mainly consists of rich dark chocolate that surrounds this dessert in the most beautiful manner. It is thick but soft on the inside. Filled with peanut butter, it makes the right blend of smoothness and flavor.

33. The Black and White Doughnut

Black here and white there! The Black and White Doughnut is truly an exciting dessert to be consumed in the city of New York. It is coated with rich dark chocolate on one side and creamy milk chocolate on the other side. It is a fusion of two different flavors in one piece of soft bread.

34. Ice Cream in an Egg Waffle

Ice cream in a cone has always been the signature dessert of New York. But Ice Cream wrapped up deliciously in an egg waffle tends to stand out of the ordinary desserts. The waffle is prepared from dough while eggs are used to soften the base. The waffle is then folded and it surrounds the ice cream with varied toppings.

No other dessert could beat this one for the chocolate lovers. Layers of soft chocolate bread along with chocolate cream are assembled to serve with cheers and delight. Each layer in this cake contains an equal amount of chocolate cream. It is often topped with rich chocolate sauce. 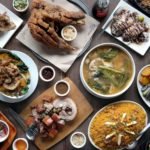 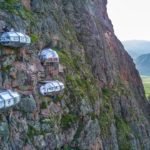