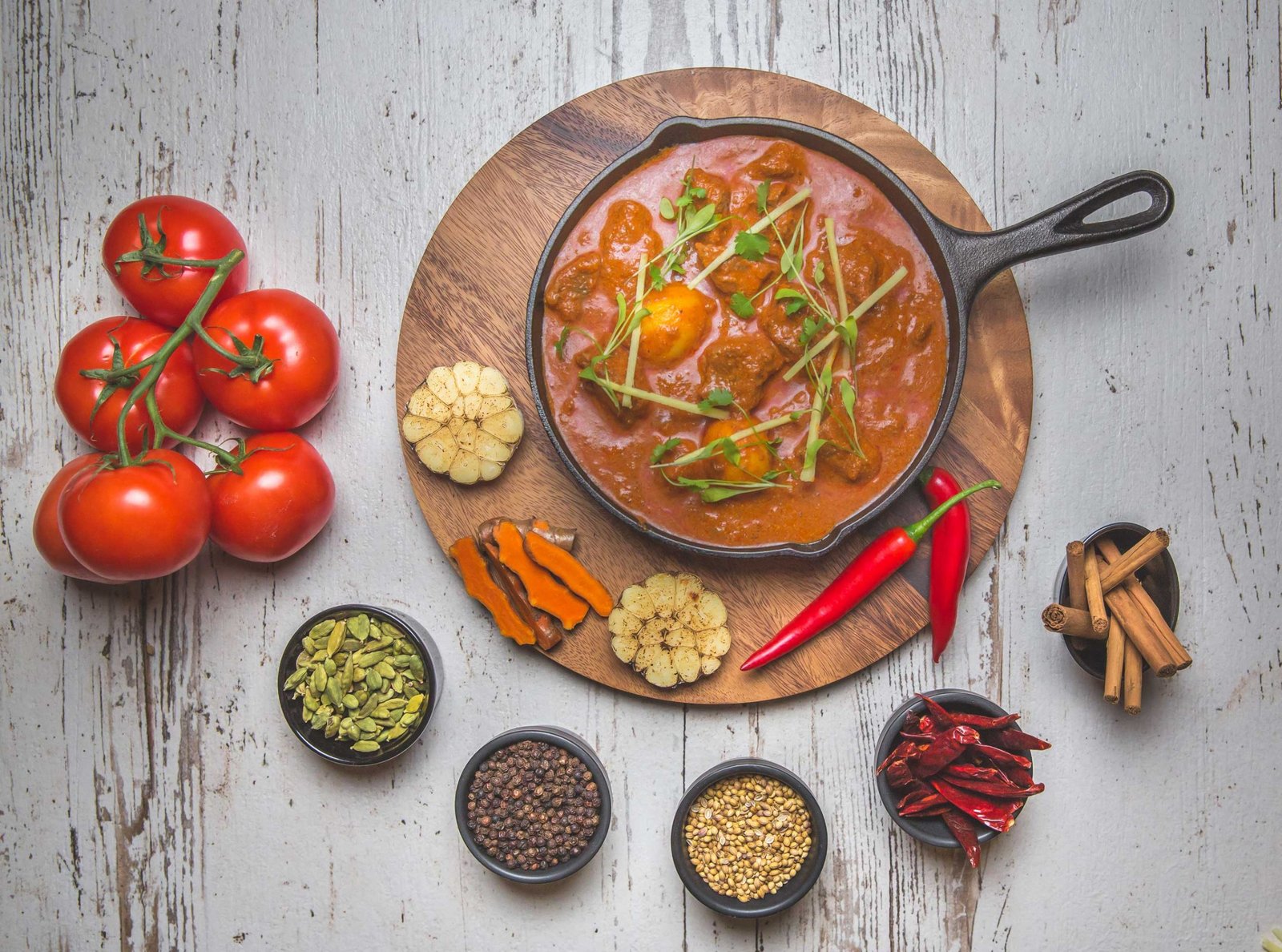 Spices and Chicken get along really well in India. Indian curries give the most homely vibes and are absolutely delicious. The taste ranges from extremely spicy and hot to tangy-sweet. The vast diversity in the method of cooking, taste and aroma in Indian chicken curries is something to be proud of. Well, here is a list of authentic Indian chicken curries that are a must-try, so get ‘curried’ away.

As all great things happen when you least expect it, Butter Chicken was an accidental invention. It happened when some of the leftover chicken was put in a gravy that was rich in butter, tomato sauce and cream. Murgh Makhani, as it is alternatively called, just melts your heart. The chicken is marinated in a buttery creamy tomato sauce basically hydrating the chicken to let all the flavors sink in. Among the most popular of chicken curries in the country, it tastes best with Naan and you cannot afford to not try it.

Hailing from Tamil Nadu, this aromatic curry belongs to the cuisine of a community that calls themselves Nattukotai Chettiars. Also, it is absolutely fascinating how this community is predominantly vegetarian and yet popular for non-vegetarian dishes. The key to this dish is the masala base. It is a unique blend of spices along with coconut that is roasted and freshly grounded. It is a fiery dish and goes well with parota and appam.

Well, don’t let the name confuse you, it is just chicken slathered in black sesame paste. This is unlike the orange-red chicken curries that you might have seen before. This dish is blackish in color. It is the authentic dish of Assam and is believed to be rich in nutrition. The sesame seeds lower your cholesterol, burn fat and have anti-aging powers. It is fascinating that garam masala is never used, it is prepared with mustard oil, black pepper and lemon juice. It tastes best with rice and is one of a kind.

It is spicy. It is tangy. It is authentic. Traditionally made with Pork, this curry works amazingly well with chicken too. Apparently, Vindaloo (meaning meat in garlic wine in Portuguese) is a curry that was brought by the Portuguese. It is made from vinegar and fried red chilly, thereby giving this tangy-spicy blend of flavors. Goes best with Goan poee or steamed rice. Dare not miss it the next time you make those Goa plans.

If you love spicy food that will burn your insides, this one is for you. The dry masalas used here are four, Bhukri masala, Kala masala, Balto and a nut paste. It is said that each of these masalas in itself has around 10 ingredients. The Savji cuisine comes from a community called the Halba Koshtis who were initially handloom weavers. There are restaurants in Maharashtra and Karnataka dedicated only to Savji Cuisine and they are easy to find. They are cheap in price, so you should really go!

Kori means chicken. Gassi means curry. Made from coconut milk and grounded spices, Kori Gaasi hails from the coastal area of Mangalore, Karnataka and is a signature dish of the Bunt Community. Again, it is all about the spices and the dish is made from a chilly known as the Byadagi chilli which is grown in Karnataka. And this chilli gives the spiciness, the color and the aroma. When you have it with Rotti which is a thin crispy flat bread, you are bound to be mind blown. You can also have it with neer dosa, idli and appam.

It is white in color and is an absolute delight. This dish requires a different set of ingredients altogether. A marinate paste is made out of soaked cashew and poppy seeds and interestingly enough, sugar, kewar water and mitha ittar are added. The taste is beautifully balanced between sweet and spicy and is definitely a wake up to your taste buds. It is part of the Mughlai cuisine and is available in Kolkata, usually served with naan or roomali roti or Phulka.

Jardaloo is dried apricot. Salli is matchstick potatoes. Now it makes sense, it is a tangy-spicy curry topped with Salli. Patience is one of the key ingredients in this dish they say, you cannot just throw in all the spices at once. Each ingredient has to cook well before you add the next one. Being a part of the Parsi Cuisine, it, of course, has the sweetness in it by the jardaloo and sugar. No doubt, this celebrated dish is a unique one in our list of chicken curries.

This one is a comfort food. The name of the dish basically means ‘twice the onions’ because onions are the significant ingredient here. Interestingly enough, the dish requires onions in two different ways, chopped and diced. Apparently, it is said that a courtier during the Mughal reign accidentally threw in lots of onion in a dish and his name of Akbar Mullah Do Piyaza. Either ways, we have got one of the most beloved of chicken curries that we shouldn’t be missing out on.

Gujarati food which is not vegetarian? Yes, they have one! Shaak is basically a term synonymous to sabzi. The base of any Shaak is spices, jaggery and tamarind but potato is a must, whatsoever. Thus, making Murghanu Shaak with chicken and potato, sometimes drumstick is also added. It has a tangy taste to it and will be a different experience altogether. You might want to try it.

Kokur Yakhni with rice is a celebrated dish in Kashmir. Has an exotic aroma. The chicken is slow cooked in yogurt and Kashmiri spices. It also has fennel and dry mint which bring out a unique unforgettable taste. The dish is only made on special occasions and served for special guests. In the holy month of Ramadan, Kokur Yakhni is a must-have. The recipe of Yakhni can be a base to any sort of curry including aloo and mushroom. This dish was brought to India during the rule of Akbar but it is originally a Persian dish.

Saag is basically any dish that it leaf-based. Thus, Chicken Saagwala is simply chicken and spinach curry or chicken palak. It is medium spicy and the spice usually comes from Kashmiri Chilli Powder. It is also rich in nutrition because of the spinach. The garlic adds a whole different flavor to the Saag. When had with hot butter naan, you are bound to go bonkers. Mouthwatering, isn’t it?

When the name suggests ‘Chilli’ they really mean it. It is made from spicy green chilies that will basically have smoke coming out of your ears. The beauty of this dish being, it can be made as a starter and even as a part of the main course, will be equally delicious anyway. Apart from being hot and spicy, it is sometimes tangy because of the tamarind. Warning: Fiery dish and you may get addicted.

Authentic non-vegetarian meal of Karnataka is Koli Saaru with Mudde and nothing can top this. Nati Koli is county chicken and Saaru is Curry in Kannada. Mudde is basically Ragi Balls and they cannot be chewed. So the traditon is to dip a piece of mudde into the Nati Koli Saaru and let all the flavors sink into it and then just swallow, no chewing. Yes, your taste buds will thank you for this.

Xacuti is pronounced as ‘Sha-kuti’ and is a classic Goan dish. Roasted Coconut is the main ingredient. Tamarind paste and the basic grounded masala are also added to give different layers of taste. This intensely flavored curry has a Portuguese influence too. It originates from Harmal, a village in Goa where the community comprised predominately fishermen. They used local spices that were available like nutmeg, cinnamon, clove and black pepper. So do add Chicken Xacuti in your ‘Things To Do In Goa’ list. 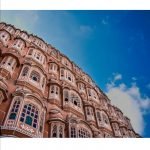 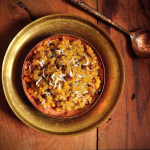