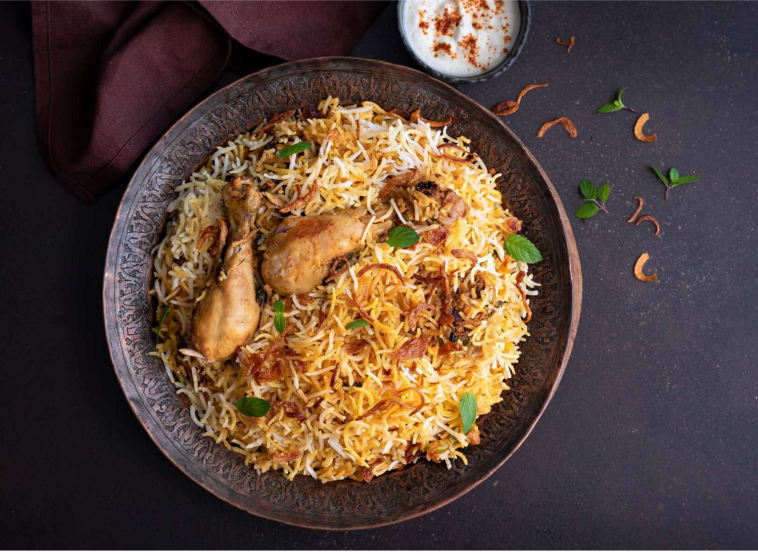 If you are in India, Biryani is something you’ll get in every city and almost in every restaurant. This is the richness of it that will make your soul happy. The beautiful balance of spices, meat, rice, and vegetables is what makes it delicious.

From Kashmir to Kanyakumari, India offers you a variety of biryani. This is the beauty of India, one country one dish but different flavors. It is one of the favorite delicacies of not only Indians but also people visiting India. For Indians, biryani is not a dish, it’s an emotion, which makes your sad soul happy, can bring peace and make a happy day the happiest.

Here, from the varieties of Biryani in India, I will tell you a few most famous ones in India which will mesmerize you.

Hyderabadi biryani is unique and delicious because of its method of cooking. It is a combination of Mughlai and Telugu cuisine. The potli masala makes it spicy and then layering of rice on the nonveg pieces adds to the taste and lastly seals lid with the dough. There are two categories, that is Kachchi and pakki biryani. It is best enjoyed with raita.

It is one of the oldest forms of biryanis. It is cooked in the royal Awadhi style, with marinated mutton cooked to perfection. It is not as spicy as Hyderabadi biryani but it is earthy.  Try it with ginger raita for a heavenly feel.

This biryani came up from the kitchen of Mughals. It is quite common in Delhi.  You can be attracted to it just by seeing it and once you eat this, you can feel the richness and royalty. The taste is awesome and trust me you will eat it again and again. Try it with lemon squeezed on the onion.

You’ll get to eat this biryani in Kerala. This is made by the dum procedure; it is famous for its amazing aroma and mouth-watering taste. If you are in Malabar, then to eat this Malabar biryani is a must. It is famous all over the world and even made brands to add the name to their product. It is garnished with sauté dry fruits.

In almost every biryani, the ingredients are almost the same but the cooking style is different. Here, there is an addition of kewara and almost every spice is added to the dish. This makes it a lot different from other biryanis. Serve it with salad raita.

The beauty of the city and the taste of biryani both will make you astonished. And easy to make a recipe with the distinct flavor of south. It is a mouth-watering dish with pleasing flavors of the regions in a mélange of spices, chillies, and herbs.

The egg is mostly consumed in every household of India. Egg biryani is easy to cook and loved almost by everyone.

Yakhni pulao is another dish very popular in India. It’s a little different from what we call biryani. Yakhni is made with all the spices and meat boiled in water and then adding rice to it. It’s a very delicious dish. Lemon squeezed salad adds more taste to it.

It is part of the Tamil Nadu region’s cuisine in southern India, the flavors of dried chilli paste and whole spices are the trademarks of this biryani. This dish is cooked with coconut milk in Dum style, includes curd and mint leaves, which gives it a refreshing taste and makes it light on the stomach.

It is cooked with the layering method with juicy meat and a soft boiled egg. The speciality of Kolkata is its people and their food. The Kolkata biryani too has a sweet tinge. The spices used are much milder than the rest. This is a delicious dish and you must try it when you are in Kolkata.

Memoni biryani is extremely spicy that comes from the Gujarat-Sindh region but this is quite different from Sindhi biryani. Unlike the traditional Sindhi style, there is very minimal use of tomatoes in this recipe. The colors are so rich and vibrant come up from meat and the spices. Eat it with boondi raita as it elevates the taste.

So, here is one more famous biryani coming from the Dindigul thalapakatti from Tamil Nadu.  Its speciality is that it is tangy in taste because of the addition of curd and lemons. And the interesting thing is that unlike other south dishes, it does not use tomato or coconut and that’s why it is a hit in other parts of India as well.

On that delicious note, also try these chicken curries of India. 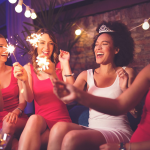